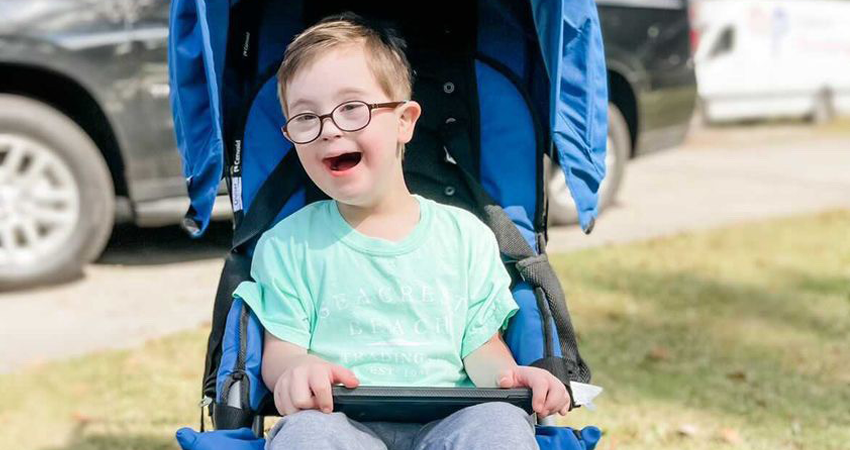 Asher lighting up the world with his smile and Convaid Cruiser!

Asher is 6 years old and has Down Syndrome and Autism as well as sensory processing disorder. Asher is a very happy boy who loves to be on the move- all the time! He also craves sensory stimulation and ways to give his body a “sensory fix”. Sometimes in public places, especially situations that are crowded and overly stimulating, Asher becomes anxious. Asher’s mom, Meagan, says that walking with the family then becomes unsafe as Asher becomes a “runner.” 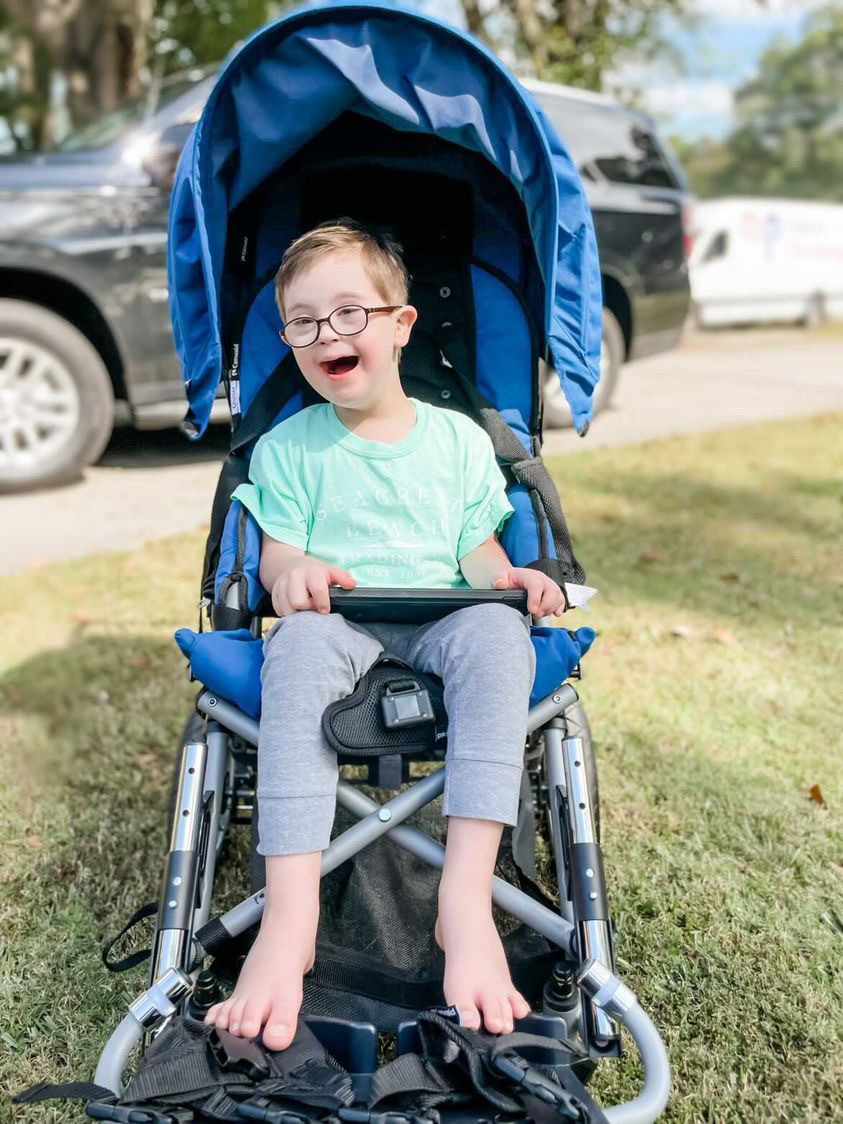 A research study* confirms what Meagan knows well: wandering by children with autism is common, dangerous and puts tremendous stress on families. Using parent surveys, the researchers in the study found that nearly half of children with autism spectrum disorder (ASD) attempt to wander or bolt from a safe, supervised place. More than half of these wandering children go missing – often into dangerous situations.

The Convaid Cruiser is a safe place for Asher and being in his adaptive stroller helps to minimize external stimuli and calm Asher’s anxiety in crowded and busy environments. When he is at the most risk for eloping, Megan said that the safety belt and harness offer the added protection for Asher and peace of mind for the family. Asher’s favorite part of his stroller is the extended canopy as he likes to pull it fully extended and create his own “cocoon-like” space. The 300 of tilt and adjustable back straps allow Asher to further sink back into the seat for and added sense of envelopment.

“He loves his stroller more than you will ever know. It makes him feel comfortable and secure in big crowds,” says Meagan. Asher can independently and easily swing away the foot supports to get into his Cruiser.

Megan enjoys the height adjustable single handlebar and under seat storage basket to store Asher’s essentials (e.g. iPad, diapers, etc). She uses the window in the canopy to check on Asher as well as the canopy pocket for quick and easy access to small things likes keys and phone.

“The Convaid Cruiser makes us so happy and our life 100 times easier! But I want people to know that Asher is so much more than his diagnoses. I just hope one day the world will be able to see all of the beautiful qualities we see when we look at him. And if I say so myself, it’s pretty hard to miss them.

I truly never thought I would see anything brighter than the sun until I saw the way people react to Asher. His infections smile and expressions can light up any room and it just melts my mama heart to see the magic he makes people feel, ever he goes.” ~ Meagan (mom to Asher)