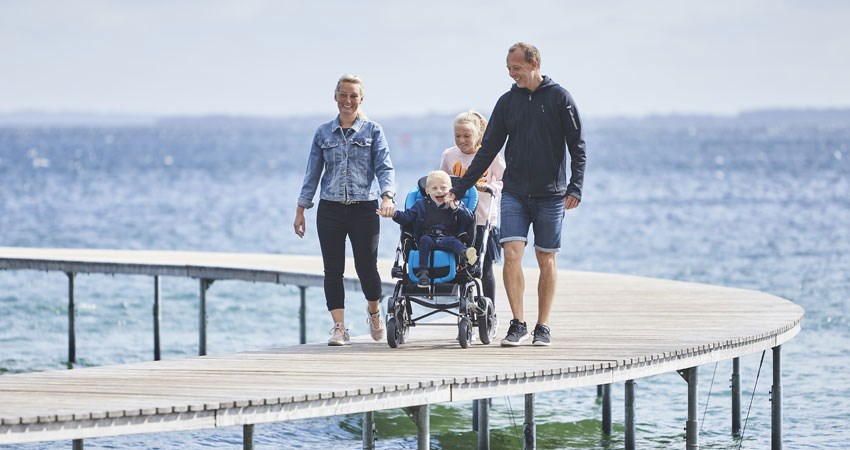 Read how the R82 Stingray and R82 Crocodile helps Konrad go on adventure and have fun with his family.

Konrad was born preterm and later diagnosed with Angelman Syndrome. He is now 3,5 years old and enjoys going to kindergarten and spending time with his twin brother Oskar and older sister Alberte.

Spending a day in Aarhus (DK)

We had the pleasure of meeting Konrad and his family for a day of fun, laughs and smiles when we visited the infinite Bridge at Varna Beach and had a picnic lunch in the wonderful surroundings in The Deer Park close by. Here Konrad vent exploring and playing with his dad before sharing his lunch with the cute animals in the park.

When using his Crocodile, which for Konrad is configured with back and side support and strap for side support, Konrad is able to walk independently at home, at kindergarten, when he goes for a run on the racetrack at the Stadium or when he runs around teasing his brother and sister. His Crocodile is equipped with anti-reverse handles and swing away anti-tip devices to prevent him from rolling or tipping/falling backwards.

Konrad is gradually developing new motor skills, which require constant change in the degree of support in his assistive devices. Just a few months ago, Konrad used the forearm support with handgrip on his Crocodile and just after our day in Aarhus, his physiotherapist decided it was time to remove the strap for the side supports, which makes it easier for Konrad to get in and out of his Crocodile.

For longer distances and going for a stroll outside with his family, Konrad is transported in his Stingray buggy. When sitting his Stingray, Konrad is able to adjust his seated position and likes to be able to move his arms and legs during the ride. The possibility of changing from forward to rearward facing is a feature his parent really like about the Stingray buggy. This feature makes it possible for them to give Konrad a break from the surroundings and also for them to use non-verbal communication with him.

Angelman syndrome is a rare genetic disorder characterized by severe developmental delay and learning disabilities; minimal or no speech; inability to coordinate movements (ataxia), tremor and a distinct behavioral pattern characterized by a very happy appearance with frequent laughter. Additional symptoms may occur, including seizures, sleep disorders and feeding difficulties.

There is no specific therapy for Angelman syndrome currently. Management is mainly symptomatic; to minimize seizures, anxiety, and gastrointestinal issues and maximize sleep with the aim to improve the functioning and independence of the individual to facilitate participation and to enhance overall well-being. 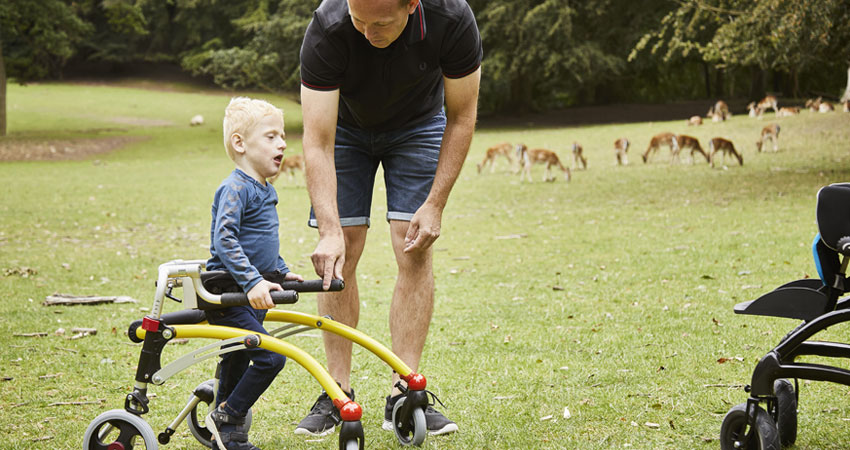